Effortless access to schools and universities is just one of the benefits of living at Montague Markets.

And with Brisbane City Council planning two new green bridges across the Brisbane River within an easy stroll, things have never looked better for families of students.

With a new green bridge proposed to extend from the southern end of Boundary Street to the corner of Keith and Macquarie streets at St Lucia, it means the The University of Queensland will be less than 2.5 kilometres away.

Ranking among the world’s top universities, UQ is one of Australia’s leading research and teaching institutions, with more than 50,000 students and a rich history stretching back more than 100 years.

Adding to the wide array of educational opportunities already within close proximity of Montague Markets, it means residents will be a quick bike ride to two universities as well as a TAFE and range of private and public secondary and primary schools.

The Gardens Point campus of the world-class Queensland University of Technology in George Street, Brisbane, also home to more than 50,00 students, just over three kilometres away by bike, offering cutting edge facilities and technology.

In addition, Brisbane’s newest and most modern southside high school, the Inner City South Secondary College is currently under construction at Dutton Park. It is the largest single project funded from the Queensland Government’s $800 million Building Future Schools program.

With the second green bridge proposed to join near Forbes Street at West End to Archer Street, Toowong, Toowong Shopping Village and train station will be just over a kilometre away, further adding to the convenience of Montague Markets.

The St Lucia campus of The University of Queensland is conveniently serviced by more than 10 direct bus routes from the Brisbane CBD and outer suburbs. Services run frequently from Benson Street bus stop, just a few minutes’ walk from Toowong Village and train station.

The convenience of living at Montague Markets will extend into every aspect of life for residents.

We are committed to continuing to assist our customers and help them discover more about our exciting new landmark
development, while maintaining appropriate social distancing.

You can also view a full range of digital information and brochures as well as detail on fixtures, finishes and
floor plans along with the wide range of private and public facilities planned for Riverside West End’s vibrant new
epicentre.

The change to inspection times for the Discovery Centre at 321 Montague Road, West End, is in line with advice from
public health authorities.

To arrange your private appointment please call us in advance to secure your preferred time.

However, we ask you not to arrange an inspection if:

To book your appointment and view this unique, future lifestyle precinct, please call 1300 202 888. 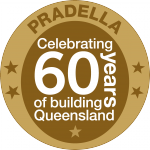